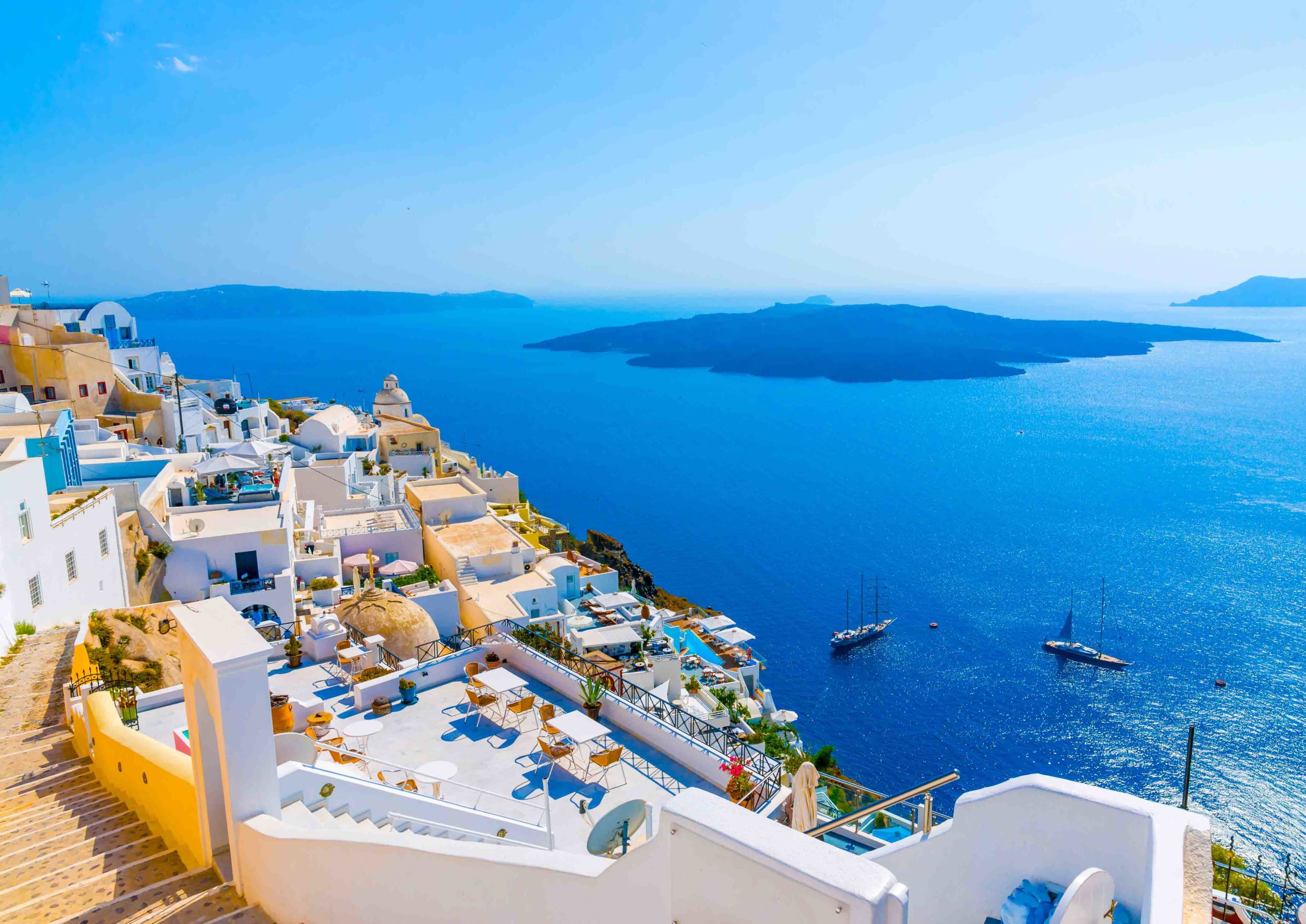 Demand for holiday homes across the Mediterranean has soared during the pandemic, with Greece, Spain and France the most popular destinations. Mykonos, Paros and Santorini have emerged as top destinations. Despite the pandemic, property prices have generally remained stable or even increased, and as a result yields are typically lower compared to 2019. Increased demand for luxury properties, especially in expensive destinations, has resulted in higher prices and lower yields .

According to Cerved Property Services research, the global market for luxury homes in 2021 exceeded all expectations, according to Sotheby's International Realty, while Greece ranks among the countries with the most significant increase in demand in the group's network. A large portion of expensive buyers are returning in 2022 to the big cities with the gradual transition from telecommuting to the office, while maintaining the desire born in the midst of a pandemic for a better quality of life. On the other hand, the lifestyle trend towards a more natural and less pretentious environment that intensified during the pandemic will continue.

Greece fits perfectly into this context. Additional factors in Greece's favor are the successful course of tourism in the midst of COVID-19 with the excellent management of the pandemic and the lower property prices in popular destinations throughout Greece, compared to other expensive Mediterranean destinations such as the South of France and the Italian South.

The real estate market in Greece, amid the pandemic, is registering an unprecedented increase in demand for luxury homes, which is reflected in the sales of high-end holiday homes recorded in 2021. Americans - whose demand for a second home in Greece last year increased by 60% compared to 2020 - British, French, Swiss and German are the nationalities from which most demand comes in 2022 as well.

The CPS expert network identified additional growth in residential transactions, while at the same time demand more than doubled and interest remained strong for 2022. In particular, the Athens region is attracting most of this interest in the sought-after southern suburbs near the sea.

As a result, the southern suburbs of Athens are the most expensive area of ​​the country. Even with today's high real estate prices on the Athenian Riviera, real estate is still considered cheap for foreign buyers, compared to values ​​of over €15,000 per sq.m. in other seaside resorts of Southern Europe. At the same time, many prospective buyers see the Cyclades and the Dodecanese as an investment opportunity.

It is worth noting that the prices of Greek beach houses continue to be very competitive, with prices per sq.m. range between €12,000 and €15,000, while luxury beachfront homes in Italy, southern France and the Balearic Islands start at €25,000 per sq.m. and end up over € 60,000.

In addition, relevant research shows that Mykonos remains the top destination among 30 Mediterranean locations, with an average gross return (7.4%) for the sixth consecutive year. However, it was down compared to 2019 (8.2%) as increased demand led to a further increase in sales prices, while rental prices increased at a slower rate. The first 15 places with the highest returns in the Mediterranean include 12 Greek tourist areas Mykonos, Paros, Santorini, Skiathos, Porto Heli, Halkidiki, Kefalonia, Chania, Elounda, Zakynthos, Rhodes and Corfu.

The evolution of the average asking price in the country's most popular tourist destinations has formed new dynamics compared to pre-pandemic levels. But rising demand and prices have also increased the future stock of luxury holiday homes, with institutional players now engaged in construction. Residences that accompany hotel facilities are an upward trend in the Greek market. TEMES in Costa Navarino, Hilton's upcoming Conrad Residences and Waldorf Astoria Residences, the One & Only Aesthesis tourist resort that went ahead with the development of independent residences in Glyfada are just a few examples of this trend.

The economic situation resulting from the war in Ukraine and inflationary pressures do not seem to have a negative impact on the demand for holiday homes in Greece. Northern European retirees, the country's good performance in the tourism sector and the lower prices of other Mediterranean countries offer significant support to the Greek holiday home market. Most interested parties are looking for real estate opportunities to create hotel units, obtain Golden Visa and operate them through short-term leases.

The Greek holiday home market remains one of the most dynamic domestic real estate sectors with excellent growth prospects, with increased demand expected to continue and in several areas to strengthen due to the many infrastructure projects underway.