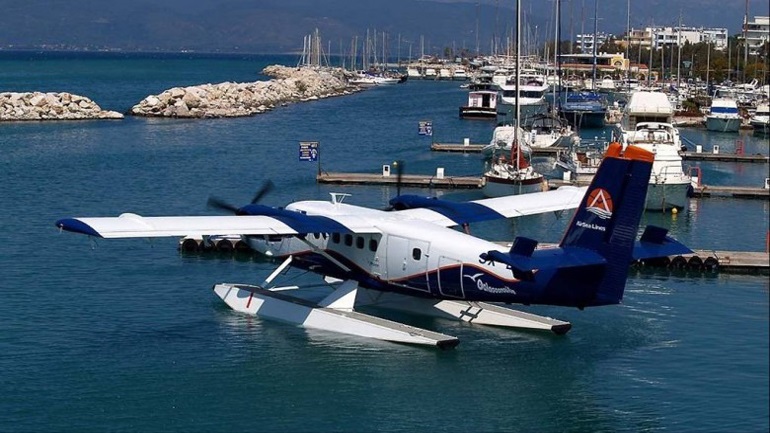 For the implementation of the approval of the water field the "Lavrio Port Authority SA" chose the company "Hellenic Waterways" as contractor.

The development of the first Water Field of Attica was approved for the port of Lavrio. The field will serve the transportation needs of tourists as well as residents of the wider area of Lavrio to the islands, mainly of the Cyclades.

The operation of the water field is expected to create positive synergies between cruise ships and seaplanes, thet will further enhance development of cruising in Lavrio as sightseeing flights to nearby islands of the Cyclades will be provided.

The port of Lavrio has actively entered the cruise map. It is indicated that only "Celectyal Cruises" has planned for 2022 a total of 62 cruises with the starting port of Lavrio, with the last departure on November 14. Already for 2023, more than 80 cruise ships are expected to approach the Port of Lavrio from five different companies.

The number of cruise ship approaches in question and the multi-month season (8 months per year) of cruising in Lavrio are qualitative elements already assessed as very important by the airline company “Grecian Air Seaplanes”, which is in the process of obtaining an AOC for seaplane flights.

According to the Business Plan of "Grecian Air Seaplanes" sightseeing flights will be a central sector of the flying work of its seaplanes and therefore the Water Field of Lavrio will be included in the destinations that will be active.

The approval of the water field in Lavrio will facilitatet according to the law, up to six pairs of flights (in-water - out-of-water), per seaplane airline, on a daily basis. Also, apart from the aforementioned six pairs of flights, general aviation flights, airlift flights, firefighting and search & rescue flights will also be allowed. Flights will be operated from/to licensed Waterways and land airports (using amphibious seaplanes).

For the implementation of the approval of the water field the "Lavrio Port Authority SA" chose the company "Hellenic Waterways" as contractor. "Hellenic Waterways" is the first company that operates in the field of watercourses and Water Fields, having completed the approval of the first nationwide Water Field in Kassandra Canister, Halkidiki, as well as the approvals of the Water Fields in Porto Heli and Ermioni. It is also the company that has carried out the licensing of the first three Watercourses (Corfu, Paxos, Patras) and the issuance of the Establishment License for the Rethymno Watercourse and the Ios Watercourse.