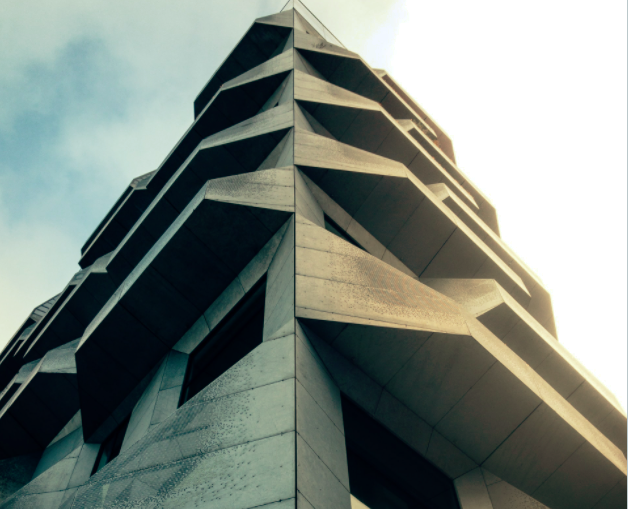 Despite its contribution to the anthropogenic environment, cement is the source of about 8% of global carbon dioxide (CO2) emissions

Cement, a material that is found in abundance in urban centers - and not only - as it dominates the construction of buildings and infrastructure, which make up the built environment. Cement is the most widely used artificial material on the planet, and is the second most used resource, after water.

It is also the reason for the existence of some of the most impressive buildings in the world. The Sydney Opera House, the Lotus Temple in Delhi, the Burj Khalifa in Dubai, and the Pantheon in Rome - with the largest unsupported concrete dome in the world - all owe their construction to this material.

But in addition to its contribution to the human environment and cultural heritage, cement also has a significant impact: it is the source of about 8% of global carbon dioxide (CO2) emissions, according to think tank Chatham House.

Indicatively, cement contributes to CO2 emissions more than aviation fuel (2.5%), while it is not far behind from the global agricultural enterprises (12%). In fact, if it were a country, it would occupy the 3rd place globally, following China and the USA. To be precise, China's first place in world emissions is, in part, due to its extensive construction activity.

The special connection of the material with climate change, has resulted in the leaders of the cement industry to be in Poland in 2018, at the UN conference on climate change - COP24 - to discuss ways to contribute to meeting the requirements of the Paris Agreement on Climate Change. To do so, annual CO2 emissions from cement should be reduced by at least 16% by 2030.

So how have things turned out, almost three years later?

Current estimates from the International Energy Agency suggest that 4.1 gigatonnes of cement were produced worldwide in 2019. Production reached 4.2 Gt in 2014 and has remained almost stable at 4.1 Gt ever since. However, if no efforts are made to reduce demand, annual cement production is expected to increase - albeit slightly - by 2030.

The demand for cement in the construction industry is what determines the production and is obviously a decisive factor for the energy consumption in the cement sub-sector and for the CO2 emissions. China is currently the largest producer of cement, accounting for about 55% of the world production, followed by India with 8%. Production in China is expected to decline in the long run, but in return, increases are expected in India and other Asian countries, as well as in the sub-Saharan Africa, as a result of economic progress, urbanization and infrastructure development in these countries.

In any case, cement is an extremely durable and easy to use material. It is cheap, can be produced almost anywhere and has all the structural features that make it ideal for buildings and infrastructure. In other words, although there are alternatives, building without cement is a challenge.

Therefore, reducing CO2 emissions while meeting global demand for cement will not be an easy task.

Some strategies to achieve this goal include improving energy efficiency, switching to lower carbon fuels, reducing the clinker ratio - the biggest polluter in the entire production process - to cement, but also promoting innovations and new technology.

Indeed, alternative forms of cement have emerged -even if timidly- in recent years. For example, BioMason, a start-up in North Carolina, uses bacteria to make "bio-cement" bricks. The idea was inspired by marine structures and, after years of research and development, can now produce bricks in just 4 days, at room temperature, without the need for fossil fuels and calcification, which are the industry's main sources of CO2.

And, of course, in such an industry of scale, with tall and large buildings dominating modern construction trends, increasing the needs for long lasting, strong and durable materials, the economic factor is not the only reason that major players in the sector are reluctant to integrate new materials in their constructions.

However, without the necessary funding for research and improvement of materials and technology, the achievement of the CO2 reduction target seems to be far away.