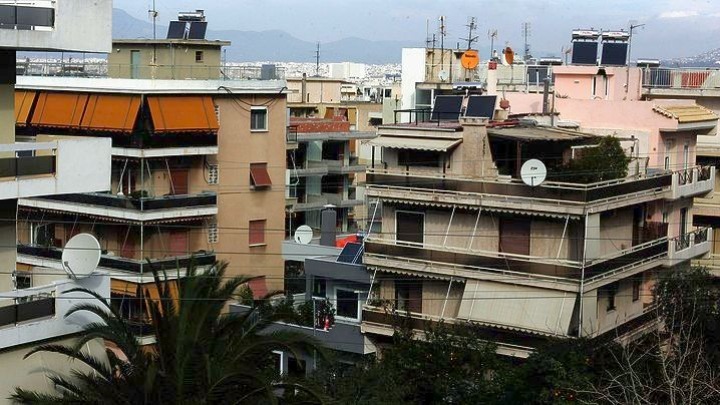 It takes up to 10 months to register a property purchase transaction in the Land Registry, while the short-term rented apartments, due to the pandemic, have now returned to the long-term lease with higher rents than in the past. These are three of the conclusions reached during the discussion of real estate experts, who participated in the hybrid Round Table, on "Prospects and obstacles to infrastructure and real estate in Greece", organized by the Observatory of Prices and Estimates Real Estate of Greece and SE European Chamber of the Hellenic-Serbian, Commercial, Tourist, Professional and Industrial Chamber of Northern Greece. Despite the difficulties and problems presented in the discussion, the participants said they were moderately optimistic as they consider that important steps are being taken in infrastructure and large projects, in eliminating bureaucracy and in attracting investors in the real estate sector.

"Currently, the only ones investing in Thessaloniki are the Israelis, with the number constantly increasing. Their main goal is fast profit, with the prices they choose to buy not to exceed 1000 euros per sq.m. Gradually we see that some of them are willing to invest in more expensive real estate. The most important element of their choice is the friendly and safe environment of our city ", said the real estate agent and president of the Hellenic-Serbian Chamber and the Observatory of Real Estate Prices and Appraisals of Greece & NA. Europe, Costas Georgakos and added that rental prices have risen by about 20%, raising the question "rent or purchase: Once normalized", he noted, the situation in the banking system I believe that citizens will turn their backs on rent and Buy".

The president of the Athens - Attica Realtors Association, real estate agent Lefteris Potamianos pointed out that "the main problems remained the same in the real estate market. There is no one-click transfer, neither with two nor with four, it is the Golgotha ​​of an owner, because he has to collect a lot of documents and this takes 3-6 months. "People are suffering, many jobs are ruined by the time-consuming procedures in the municipalities in the town planning and the cadastres are breaking the nerves of the citizens". Despite the difficulties, "there is a demand in Athens and in Attica in general, as it moves with the domestic interest but also from abroad. "The Chinese no longer exist, the Israelis exist and they want to invest because they believe that prices will rise further."

"The digitization of real estate will be redemptive, we must not be negative, there is a climate of optimism, but there are also black spots", said the president of Property Owners of N. Thessaloniki, lawyer, Costas Haidoutis and explained jokingly that ... their hair is white waiting for the registration of real estate transactions that take months to be registered in the land registry. "It goes beyond the minimum dignity that a citizen can have, as he is squeezed for an entry in the Land Registry that lasts even ten months," he said.

The president of the Economic Chamber of Central Macedonia, Vassilis Georgiadis stressed that "every investor is welcome. The Israelis want to invest because they anticipate maximizing profits. "I think he added that the Holocaust Museum can attract permanent tourists and that has its value."

The Deputy Regional Governor of Kefalonia and Ithaca, Stavros Travlos noted that "the bureaucracy has been reduced, but not to the level we want. Lawlessness and arbitrariness have also been reduced, especially on the island of Kefalonia. The French, Belgians and British choose us as is well known and we will try to become a destination for digital nomads, workers who will not come for a week but will buy a house to live in and work all summer from our area and rent it the rest of the time. We want to reach the quality tourist and the quality resident who will want to stay in the country ".

The academic manager of real estate programs at the University of Kapodistrias, Fotis Mouzakis, underlined that "when the volume of a country's economy grows, the corresponding sizes of real estate grow. There is an inextricable link between the value of real estate and the value of the economy, which is being restored to a balance. [...] Before 2019, there was a recovery, until the appearance of the pandemic that cut our wings. In the pandemic, however, we saw the economy in Greece recover this year, something impressive that was perceived internationally and if one sees the real estate market, it had a healthier development, continued to improve better than the economy, showing that investors are ahead and see that this market has a future ".