Moderate optimism for GDP recovery in 2021 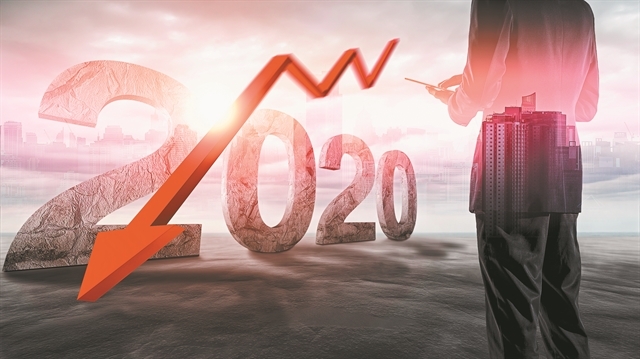 Moderate optimism for GDP recovery in 2021

The new bulletin of economic developments, which presents the current situation and prospects of the Greek economy, is published by the Labor Institute of the General Confederation of Greek Workers (INE / GSEE).

According to INE / GSEE, "almost a year after the onset of the health crisis, the Greek economy, deeply wounded, is in an experimental situation of lifting the suspension of its core activities. According to estimates by INE / GSEE and the Levy Economics Institute, as well as many other institutions and organizations, the recession in 2020 is estimated to be greater than 10%, while there is great concern about the evolution of unemployment in the post-Covid era.

At the same time, major sources of economic and social instability, such as deflation, declining wages and incomes, the sharp decline in employment, consumption, exports and investment, and the over-expansion of the public deficit and debt, are raising concerns for the course of the economy in 2021, which is intensified by the uncertainty regarding the evolution of the pandemic.

Regarding the developments in the production structure, the bulletin of economic developments presents the percentage change in selected sectors of the Greek economy in relation to the average of the Eurozone and selected member states.

Among other things, the following are listed:

"Compared to the rest of the Eurozone, manufacturing in Greece is more resilient, as it recorded the smallest decline during both the second and third quarters.

This development may be due to the lower exposure of Greek manufacturing companies to international trade, which, although shielding them from external negative disturbances, keeps the trade balance of the economy in a deficit position.

As already noted in the reports on the Greek economy, the greater interconnection of manufacturing with exports will determine the growth potential of the economy in the medium term.

Also, in Greece, the decline in economic activity in the broader sector of retail and wholesale trade, transport, catering and accommodation during the second and third quarters, is the highest in the entire Eurozone, (with the exception of Malta), especially in the third quarter the gap from the other Eurozone Member States increases significantly, as the decline in Greece is 30%, while the corresponding average in the Eurozone, Austria and Portugal, is smaller of 10%.

The weakening of the activity in this sector contributed to the big drop of the real GDP of Greece, given its participation in the total added value of the economy.
Equally important was the reduction in gross value added in the professional, scientific and technical activities.

Finally, the sector that suffered the largest decrease in its activity is that of arts and entertainment, with the decline on an annual basis being equal to 46% in the second quarter and 16% in the third quarter.

It is noted that the decrease in the second and third quarters in our country is greater than in the Eurozone as a whole, which indicates the need to address the sector's problems immediately, as its outlook remains negative for most of 2021. .

The impact of the decline in economic activity on employment is reflected in a relevant chart in the economic development bulletin, which shows the annual change of the employed, the unemployed and the economically inactive.

Unemployment in September may have recovered to the level of January (16.1%), but the volume of employment is consistently lower than in the corresponding months of 2019.

In particular, between June and September, employment is lower by an average of 68 thousand people.

The number of unemployed appears to be equally reduced, but this size hides the number of those on suspension of work who are registered as economically inactive.

This last element explains the increase in the number of economically inactive in relation to the corresponding months of 2019.

The steadily reduced level of employment compared to the corresponding months of the previous year is due, among other things, to the increase in employment time.

As noted, in the third quarter, 3.35 million people worked more hours than normal hours, of which 37.1% worked more than 48 hours per week.

Therefore, the easing of social distancing measures in the third quarter, as well as the increase in economic activity compared to the second quarter did not lead to a significant increase in employment, but mainly to an increase in working time.

The sectors in which the phenomenon is most pronounced are those of real estate management, retail and wholesale trade, processing and management of water resources, water supply, electricity, etc., with the percentage of people who worked longer hours to exceed 90% ", according to the bulletin of economic developments.