WBEF: What lies beyond the Smart City 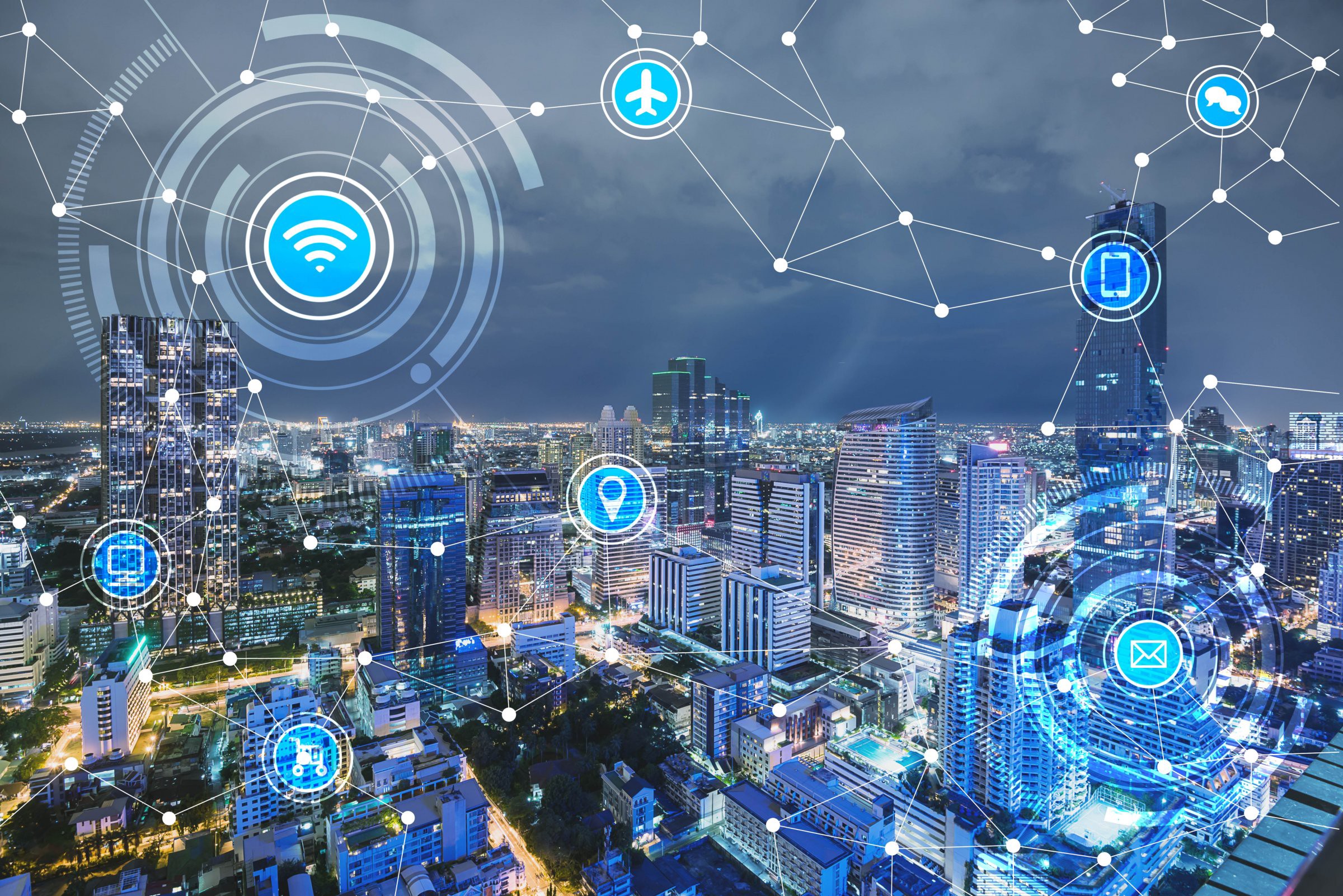 WBEF: What lies beyond the Smart City

There can’t be smart cities without smart citizens

The internet of things is creating a new source of public revenue, but is it also creating a new source of social capital? Are there new ways to use technology, to improve livability? Do digital and built environment investments go together? These were some of the questions posed during the closing keynote discussion of the first day of the World Build Environment Forum*, organized by RICS and held virtual during January 24 – 25.

Hosted by Prof. Greg Clark, the panel accommodated Mr Qing Wei, CTO of Microsoft China, along with Dr Noah Radford, Futurist-In-Chief, at the Dubai Future Foundation, and it revolved around the correlation between technology and smart cities.

The use of technology in our everyday lives, a trend that was tremendously accelerated during the pandemic, through remote work and education, online shopping and the digitization of public services, pushed forward the idea of our future cities, and this is only the beginning. But is humanity ready to accept those changes, or is the concept of the smart city too new and its application too fast for citizens to adopt?

Opening the discussion, Mr Wei Qing pointed out that, while artificial intelligence, IoT and smart cities are used as buzzwords, we are, in fact, not diverging from the fundamental rule of information technology and we are not getting away from the classic DIKW pyramid (Data, Information, Knowledge and Wisdom). “For every new technology” he said, “data is our crude oil: we need to refine that into information”. Information is then used to produce actions and decisions, thus becoming knowledge.

According to him, the DIK will sooner or later be handled mostly by machines, but humans will always come in to produce wisdom. “Everything is about information, and information is not just about insight, it also has to do with power. Once it’s become power, people will fight for it and will have different opinions on power”.

The interesting part about the DIKW pyramid, is that every step is connected by people, with different beliefs and goals, opinions and objectives. And, according to Dr Noah Radford, this is how the technology pyramid becomes a process of governance.

“Cities are not an optimization problem. Cities are not a problem for which there is a solution. It’s an emerging, evolving debate and dialogue and the technology that works best in those contexts is that which makes us understand each other better, perhaps make better decisions that optimize each other’s goals or balance those out and, ultimately, make life worth living.” He then went on to explain that, when thinking about the role of smart cities in making our world a better place, we should always keep in mind that the technology has to always be in the service of people. And sometimes, the answer to servicing people is actually low tech.

Dr Radford then proceeded to explain that the real work of trying to advance into the future its actually the social parameter, figuring our way around this new reality and how to operate in this new digital environment. “And those are the hardest changes to accept”, he explained. “Particularly for those who have spent a whole life becoming experts in a certain way of doing things. How do you rapidly unlearn all that you have worked so hard to achieve and learn all these new technologies, not only as a person, but also as an organization, a city or a society?”. In his opinion, the biggest takeaway from COVID is that the real innovation is adapting and experimenting with our regulations and our ways of doing things, in a rapidly changing world.

But does efficiency ultimately equal livability, or is livability something more? Efficiency is actually just one part of the equation.

According to Mr Qing Wei, many city governors or planners are trying to develop a so-called “good” city plan, with systematic road structure, roadside shops, department stores, a hospital, a school. But human nature has its own pattern. As per Christopher Alexander, a city is not a tree -perfectly structured and orderly – and it needs very deep thinking in order to develop an organic system that is a city. As a result, we see city developers planning a smart city, forgetting that it has to be used by citizens. And the citizens, without proper training and communication, do not see a smart city, because they don’t see any relevance to their everyday life.

A good place to live is only going to be even better when you add the flexibility and the efficiency of digital tools. But we need to make sure to keep human nature as a part of this equation.

When asked about AI ethics, Dr Radford referred to the “moral machine”, an MIT study conducted around the world, that uncovered fascinating cultural differences between how people make ethical choices.  “So, when we get into the question of how different cities, societies and cultures are dealing with the optimization offered by technology, the ones that are going to succeed are the ones which had experience with dealing with these different points of view between different cultures, goals and agendas”, he explained. “And that is a real competitive advantage for Dubai and any multicultural city, that takes into account different perspectives, to make the decisions that really matter”.

On the closing remarks, both speakers agreed that AI can provide us with data, that can help create more equitable cities, but not in a decision making or governance capacity. According to Mr Wei, current and future technology enables us to calculate everything and helps people take a wise and smart decision.

“We should probably translate a smart city not just into smart people, but to people who can make smart and wise decisions. And that is where the machines can help us, by getting excess thinking off of our brains, so that we can concentrate on meaningful decisions, instead of being consumed with technical computing”.

People are and will remain the epicenter of cities. While digitalization is far more than a smart building or a smart city, human beings are enabled by machines all the time. And all those who struggle with the idea of a future city, should keep in mind that machines are here to empower us, not replace us.

*The World Built Environment Forum (WBEF) is an initiative of RICS, a leading international professional body of surveyors, and its mission is to advance discussions of critical importance to the built and natural environment, inspiring positive and sustainable change for a prosperous and inclusive future.